Sleep: Definition “….is a reversible state during which you’re not aware of anything and you don’t respond to your environment” 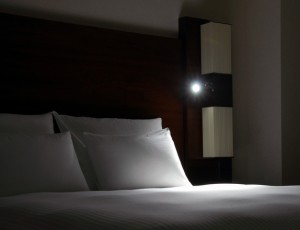 As humans, we tend to sleep an average of about 6-9 hours each night during which we experience several sleep cycles, each of which lasts between 1.5 and 2 hours. Each of these cycles has several stages which starts with non rapid eye movement (NREM) sleep and progressing to rapid eye movement (REM) sleep. It is this REM stage which is associated with dreaming., which is associated with dreaming.

The quality, timing and length of our sleep are dependent upon an interaction between two biological systems in our brain. Firstly, there is a body clock which drives daily 24 hour rhythms in our body functioning and also in our behaviour including our sleep/wake patterns. These daily rhythms are known as circadian rhythms. Secondly, there is a ‘sleep monitor’ (called the sleep homeostat) which essentially acts like an egg timer in our brain and tracks how long we are awake by a build up of sleep pressure (sand filling up the egg timer). The longer we are awake the greater the sleep pressure (fuller timer) and when we go to sleep this pressure disappears (timer turns over and empties) ready to begin again when we awake. Particular groups of cells in the brain, and the substances they produce, are involved in maintaining a wake state whilst other groups of cells can produce substances to oppose this and induce sleep.

However, research has shown that our 24hour body clock is actually not programmed over a 24 hour period and for some people is nearer 25 hours which essentially leads to a non-synchronisation between our biological systems which may need “rebooting” by assisted lighting to maintain a good sleep cycle.

A new LED light bulb could help to ease those pesky transitions between night and day by coaxing cooperation out of your melatonin levels. Domestic lighting solutions such as can be fitted by your Electrician nationwide,

Melatonin is the hormone in charge of making you feel sleepy, and your levels go up and down on a 24-hour cycle each day. When you wake up bright-eyed and bushy tailed, your melatonin levels tend to be low. But as the day gets longer and the sun starts to go down, the hormone production will ramp up again.

So what if you work shifts, or in an environment where the sun rises every 90 minutes (only strictly applicable if you work on the International Space Station!)

This new bulb is shaped like a regular incandescent bulb, but is much smarter: you program your desired sleep schedule in the downloaded app, which syncs with the bulb and when it’s time to get your brain and body in sync to get up the bulb will emit more light in the blue spectrum, which shuts down melatonin production, helping you to feel more awake. If you need to go to sleep at an odd time the app is also geared up for that by switching down the blue spectrum in the emitted light, allowing melatonin levels to switch on and you to drift off.

Seeing as how we mentioned the ISS, sleep problems are rampant and most astronauts take sleeping pills but still can’t sleep through the night. So use one of these bulbs and you could be getting the opportunity to go space age in your home and to use space-age technology before even the astronauts do!